We believe the whole of the Bible is true and receive it as the complete authority for all that we teach. Through the Bible, God still speaks by His Holy Spirit to sinful men in a sinful world.

We believe that there is only one true and living God. In this divine and infinite Being there are three Persons – the Father, the Son (Who is the Lord Jesus Christ), and the Holy Spirit. All are completely God, yet the Godhead is not divided.

We preach Jesus Christ who was born into this world, lived a Holy sin-free life, was crucified that sinners might be saved, was buried and rose again from the dead, and is now ascended into Heaven as an Advocate with the Father.

We teach that all who are blessed by God with repentance for their sins and faith in Jesus Christ have eternal life.

We believe that only God can forgive sins and that if men’s sins are not forgiven before they die, they must suffer eternal punishment.

We believe that Jesus Christ will return to this earth again with power and great glory as the Judge of all men, and as Christians, we look forward to that day with great joy.

“For God so loved the world, that he gave his only begotten Son, that whosoever believeth in him should not perish, but have everlasting life.” John 3:16

You can view our full articles of faith here.

The Chapel was built in 1880 by James Hickmott a local farmer at Lashenden, and a deacon at Tilden Chapel in neighbouring Smarden. John Kemp of Wadhurst in Sussex was invited to become its first pastor.

The opening services for the chapel were on May 5th of that year and a church fellowship was formed in May 1882. A Sunday School was begun in 1886 and a new school room built next to the chapel in 1907. John Kemp was pastor for 52 years until his death in 1932.

In 1930 Jubilee Services were held to mark the opening of the chapel and Mr Kemp’s 50 years as pastor. Preparations in expectation of a large gathering included erection of a marquee and provision of microphones and loud speakers. Four policemen and an A.A. man were employed in regulating the traffic. It was estimated that there were some 150 cars and thirty coaches.

An account of the Jubilee services was published in a small book, in which Mr Kemp described the events of that day, including the following:

“Many of our Causes were represented by the large gathering of friends on that day, who came from at least six or seven counties. In addition to the 600 chairs in the marquee, our Schoolroom seats, and many more besides were added so that we could conclude there were probably 750 persons in that place alone. The Chapel was filled both upstairs and down, with seats also in the aisles, and many who could not gain admittance in either place, remained outside as close to the marquee as they could well get……we conclude that there were considerably over 1,000 people present – at one part of the day we believe 1,100 – 28 ministers being recognised.”

In 1941 Richard Victor Pearson a local farmer at nearby America Farm, now known as Link Farm, was called to the pastorate. He took up the office in 1942 until 1962.

Our present pastor is Philip J. D. Hopkins who commenced this office at the beginning of 2011. 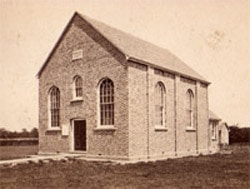 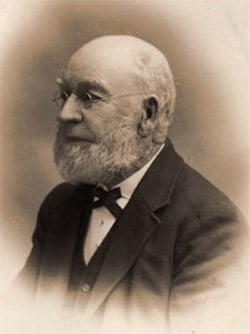 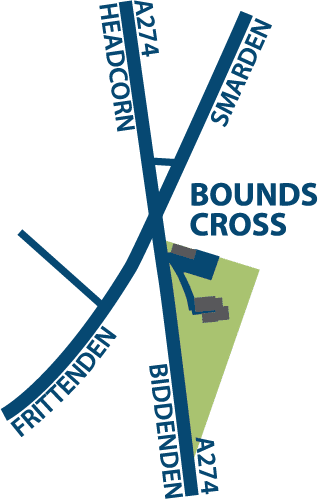